Back to all RA Children

Rekha Manjukar (2001) was the first child to become part of Ra Foundation's family in 2006: she was found on a pavement near Mumbai's CST station together with her visually-impaired parents.

Please select the amount you wish to donate

Donating through RA Foundation is safe, secure, and easy with many payment options to choose from.

Rekha Manjukar (2001) was the first child to become part of Ra Foundation's family in 2006: she was found on a pavement near CST station in Mumbai together with her visually-impaired parents. A French lady noticed her and contacted Sunil Nayak, Ra’s founder. The foundation has stood by her family ever since. Her father was diagnosed with TB and treated in Somaiya Hospital, but his conditions were too critical.  Her mother Savita was put in an institution in Lonavala where she learnt the art of cane handicraft. She then re-married and she is currently making her living selling household items at the station with her husband, who is also blind.

Meanwhile, Rekha was given shelter in a children’s home run by nuns. There, she went to a convent school and found some stability.  In 2011, Rekha joined the Happy Kids Program and was enrolled in Sweet Memories High School in Panchgani and she completed her schooling from there. Since then, Rekha has excelled academically and has shown a very caring attitude. She is now pursuing Arts and also attends various hobby classes such as Painting, Sketching, Jewelry making.

Some of my Pictures 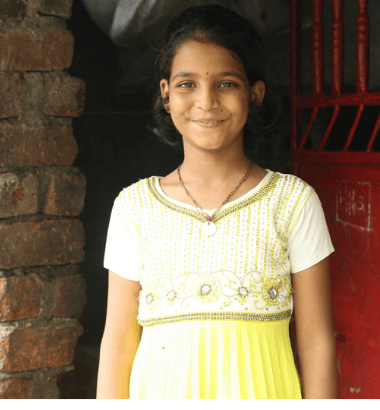